The US embassy in Islamabad issues a security alert to Americans, warning that the Marriott Hotel could be targeted.

The United States embassy in Islamabad has warned its staff of a possible attack on Americans at a top hotel as Pakistan’s capital is already on high alert two days after a suicide bombing.

The US government has obtained information that “unknown individuals are possibly plotting to attack Americans at the Marriott Hotel in Islamabad sometime during the holidays”, the embassy said in a security alert on Sunday.

The advisory banned US embassy staff and other nationals from visiting the popular hotel over the Christmas holiday.

The US mission also urged all personnel to refrain from non-essential travel in Islamabad during the holiday season.

The embassy directive followed a suicide bombing in a residential area of Islamabad on Friday, which killed a police officer and wounded 10 people.

The explosion happened when police stopped a taxi for inspection during a patrol. According to police, a rear seat passenger detonated explosives he was carrying.

The Pakistani Taliban, which is separate from but allied with Afghanistan’s rulers, claimed responsibility for the attack.

The government has put Islamabad on high alert, banning public gatherings and processions even as campaigning is under way for local elections.

Police have stepped up patrols and established snap checkpoints to inspect vehicles across the city.

A suicide bombing targeted Islamabad’s Marriott Hotel in September 2008 in one of the deadliest such incidents in the capital. Attackers drove a dump truck up to the hotel’s gates before detonating it, killing 63 people and wounding more than 250.

TechnologyPlus.Pk is an online news website. We publish only authentic news from reliable sources and agencies. In TP we cover Technology news, business news, banking news and startup news.
https://technologyplus.pk 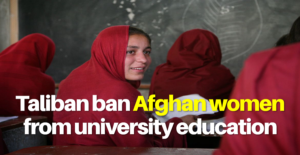