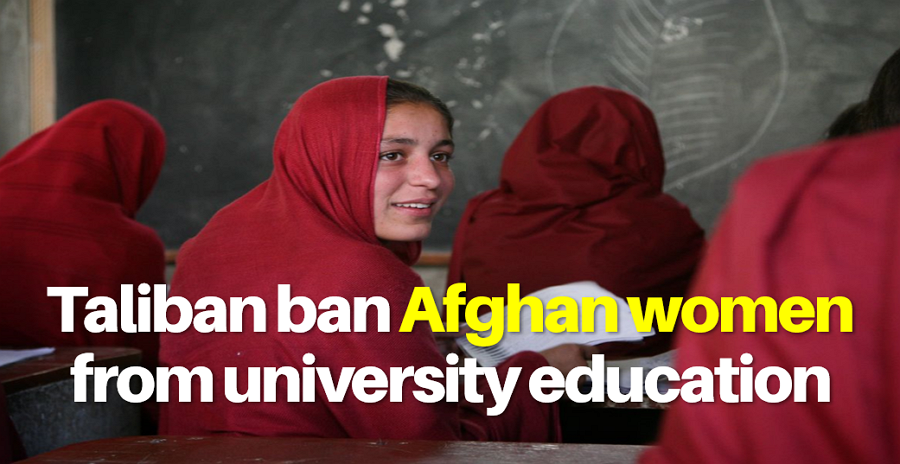 Afghanistan’s Taliban rulers have ordered an indefinite ban on university education for the country’s women, the ministry of higher education said in a letter issued to all government and private universities.

“You all are informed to implement the mentioned order of suspending education of females until further notice,” said the letter signed by the minister for higher education, Neda Mohammad Nadeem.

The ministry’s spokesperson, Ziaullah Hashimi, who tweeted the letter, confirmed the order in a text message to Agence France-Presse.

“My female students are distraught and I don’t know how to console them,” said Meena, 52, a lecturer in Afghanistan who used a pseudonym for fear of retaliation. “One of them moved to Kabul from a remote province, overcoming so many hardships, because she got into a prestigious university here. All her hopes and dreams were crushed today.”

Meena, who was at university when the Taliban last seized power in the late 1990s, said she could well understand her student’s fears. “I lost many years of my education last time they were in power. And the day the Taliban took over Kabul, I knew that they would ban the girls from university.

“They may seem like a changed group with their smartphones, social media accounts and nice cars, but they are the same Taliban that denied me the education and are now killing the future of my students,” she said.

Prof Manizha Ramizy, an exiled child rights activist, said she had received panicked messages from her female students.“They are scared and terrified, looking at a hopeless future,” she said.

Afghan women have been subjected to months of increasingly tighter restrictions, she said, but many had still hoped that education would remain accessible.

“They would complain to me about how they were mistreated in the classrooms and in society. It was a hellish experience, but at least they had the silver lining that would graduate soon and realise their potential. It is all gone now,” she said.

The ban on higher education comes less than three months after thousands of girls and women sat university entrance exams across the country, with many aspiring to choose engineering and medicine as future careers.

After the takeover of Afghanistan by the hardline Islamists in August last year, universities were forced to implement new rules including gender-segregated classrooms and entrances, and women were only permitted to be taught by female professors or old men.

Journalism student Madina said she was struggling to comprehend the weight of Tuesday’s order.

“I have nothing to say. Not only me but all my friends have no words to express our feelings,” the 18-year-old said. “Everyone is thinking about the unknown future ahead of them. They buried our dreams.”

The move provoked an international chorus of condemnation, with the US warning the Taliban would be held to account.

“This unacceptable stance will have significant consequences for the Taliban and will further alienate the Taliban from the international community,” said state department spokesperson Ned Price.

The UN was “deeply concerned” by the order, said Ramiz Alakbarov, the secretary general’s deputy special representative for Afghanistan.

Responding to the ban, the International Rescue Committee said: “The closure of universities to women and girls is a chilling step backwards for Afghanistan. There are no two ways about it: women must be allowed to work and to move freely, and girls must be allowed to continue to go to school.”

The Taliban adhere to an austere version of Islam, with the movement’s supreme leader, Hibatullah Akhundzada, and his inner circle of Afghan clerics opposed to modern education, particularly for girls and women.

But they are at odds with many officials in Kabul and some of their rank and file, who had hoped girls would be allowed to continue learning after the takeover.

Women have been pushed out of many government jobs or are being paid a slashed salary to stay at home. They are also barred from travelling without a male relative, and must cover up outside the home, ideally with a burqa.

In November they were prohibited from going to parks, funfairs, gyms and public baths. 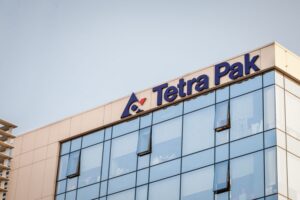 ISLAMABAD: Jazz, Pakistan’s leading digital operator and a part of VEON Group, is extending its Digital Pakistan Fellowship Program to...