Saudi airline flynas witnessed an annual passenger rise of 91 percent in 2022 to 8.7 million, as the low-cost carrier benefitted from the tourism sector’s post-pandemic resurgence.

In 2022, the number of flights operated by flynas increased by 45 percent to 66,000, while the seating capacity rose by 46 percent, according to a Saudi Press Agency report.

The report further noted that flynas launched 16 new destinations and 30 new routes, along with upscaling the total fleet number to 43 in 2022.

“The growth rates recorded by flynas during 2022 in performance, operations, and localization programs reflect the company’s commitment to continuing expansion under the slogan ‘We Connect the World to the Kingdom’ and to consolidating its leading position as the best low-cost airline in the Middle East and one of the top 10 airlines in the world of its category,” said flynas CEO and Managing Director Bander Almohanna.

He added: “The annual results confirm the progress in the company’s strategic plan with the receiving of 8 new Airbus A320neo and joining 2 Airbus A330 aircraft, which will contribute to serving pilgrims and Umrah performers as well as expanding to new markets.”

Almohanna further noted that flynas’ board of directors has approved the booking orders of 250 aircraft, a move that could catalyze the materialization of Saudi Arabia’s aviation strategy which aims to reach 330 million passengers, 250 international destinations, and 100 million tourists annually by 2030.

He added that flynas is trying to include more Saudi nationals in its workforce, along with empowering women in the aviation sector.

The CEO also added that flynas launched the Future Engineers Program in 2022 aimed at localizing the aircraft engineering and maintenance jobs and employing 150 Saudi engineers over the coming years.

Earlier in February, during an exclusive interview with Arab News, Almohanna said that the Kingdom’s civil aviation strategy is playing an important role in supporting and strengthening the position of Saudi national air carriers at the international level. 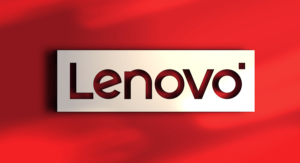 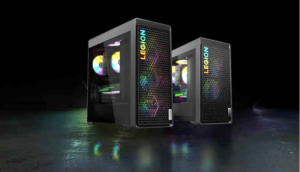 Emirates has operated its first milestone demonstration flight on a Boeing 777-300ER, powering one of its engines with 100% Sustainable...

Abbott and Pakistan International Airlines (PIA) have teamed up on the issues of nutrition of children and to raise awareness...

Emirates has announced an exciting new offer for travellers planning to start 2023 with new experiences on a trip to...

Abu Dhabi, UAE – Etihad Airways is boosting its flights to Bangkok, Thailand by doubling its frequency. From 26 March 2023,...

Etihad Airways, the national carrier of the UAE, has celebrated the milestone of carrying 10 million passengers in 2022. The...