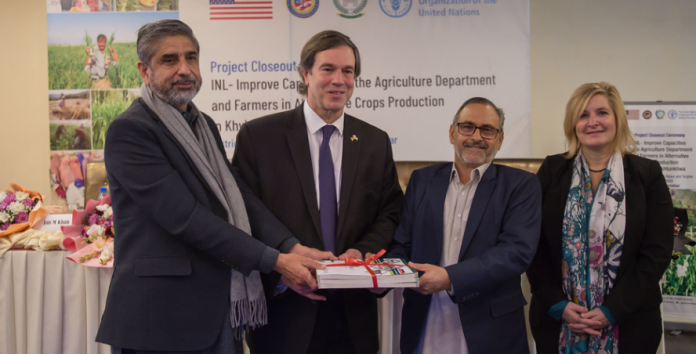 DCM Schofer reflected on the partnerships between the U.S. Government, FAO, and the KP Government: “This project has achieved promising results in terms of crop productivity enhancement and increased incomes, while also strengthening the relevant institutions which will continue to help farmers by providing them essential support for the production and marketing of their crops.”

Florence Rolle said the FAO partnership with the U.S. government and the KP agriculture department has been instrumental in generating best practices for the development of alternative livelihoods in the region.

Over the past four decades, the U.S. Government, through INL, has invested more than $1 billion dollars to improve citizen’s security and enhance law enforcement capacity across Pakistan, the statement said adding that INL works in more than 90 countries to help combat crime and corruption, counter the narcotics trade, improve police institutions, and advance fair and accountable court systems. APP 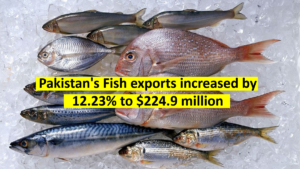 ISLAMABAD: The exports of fish and fish preparations increased by 12.23 percent during the first half of the current fiscal...